As a designer of green buildings and concerned about indoor air quality, it was natural for me to worry about how healthful the air was in the Prius I bought in October. The new-car smell was obvious, but I wanted to understand what caused it. Just what were my son and I being exposed to as we drove around getting such great gas mileage?

Toyota's Prius is the poster child for hybrid technology: innovative, accessible and economically sensible. It's a fuel-efficient car people wait as much as three to six months to buy, a car so popular that my son has counted as many as six in a two-block stretch of San Francisco. At his school, our family and two other families have formed the first Prius-driving carpool, becoming environmental double-dippers.

I knew that airborne chemicals inside buildings are 2 to 5 times more concentrated than in the outside air. It concerned me that the same indoor chemical soup composed of volatile organic compounds, inorganic gases and particulates emitted by building materials could fill a "capsule" in which my son and I spend time. The proximity of large areas of synthetic materials could make a car's environment much more efficient than building interiors at exposing us to contaminants. To make matters worse, the volume of air within a car is so much smaller than most occupied building spaces, and a car's large window-to-body ratio means high heat gain, increasing the potential for chemicals to be emitted into the air.

Every new car has a new car smell, indicative of some level of chemical emissions. Exposure levels are tricky to evaluate, and human beings have different reactions to chemicals. How strong the emissions are inside a car and how long they last vary, and those variables are important because they influence our exposure, and ultimately could affect our health.

Our lungs are a major pathway into our bodies. Odors and eye irritation may simply be bothersome, or they may be indicators of more-serious problems to come.

Once toxic substances gain a foothold there, harmful consequences can follow: Reproductive disorders, immune system impairment and cancer are the most serious.

So, how healthful was our Prius?

We enlisted the aid of three people: Bud Offerman, a building scientist and owner of Indoor Environmental Engineering (www.iee-sf.com), an indoor air quality investigator in San Francisco; and Al Hodgson and Raj Tannous, scientists at an air quality laboratory, Berkeley Analytical Associates LLC in Richmond. My husband and I had worked with these professionals on an architectural "green team" for a state office building in Sacramento.

To prepare for the air sampling, I parked the Prius in the garage with its windows rolled up for two days. Every potential source of outside contaminants had been removed: coffee cups, maps and garage door openers.

Using a vacuum pump, Bud collected air samples onto "sorbent" material (which can sop up chemicals in the air through absorption) from both the driver's seat and from the outside air to provide a baseline comparison.

At the Richmond lab, the air samples were "thermally desorbed" (heated to drive off volatile organic compounds) into a gas chromatograph/mass spectrometer. This instrument identifies the chemicals and quantifies the concentration of contaminants.

The results showed more than 60 volatile chemicals in the air of my car, compared with about 25 in the control sample. They included toluene at 64 micrograms per cubic meter; xylenes, 27 micrograms; butyl cellusolve, 36 micrograms; ethylhexanol, 73 micrograms, and TXIB (2,2,4-trimethyl-1,3 pentanediol di-isobutyrate), 45 micrograms. While in some cases those measurements fell within state standards for chronic exposure, breathing any amount of hazardous chemicals isn't desirable.

Toluene is found in a host of building materials and in gasoline. It can affect most of the body's major systems, including the immune system, blood and skin, according to Scorecard, a pollution information Web site (www.scorecard.org).

TXIB is a marker for phthalates, plasticizers used to give flexibility to polyvinyl chloride (PVC). It may be responsible for irritation and odor like that found in paint, artificial leather and other PVC products. The U.S. Green Building Council's PVC database describes TXIB as of "potentially major public health importance" (pvc.buildinggreen.com/source.php?id=3608).

The Ecology Center in Ann Arbor, Mich., in January released a study called "Toxic at Any Speed: Chemicals in Cars and the Need for Safe Alternatives," by Jeff Gearhart and Hans Posselt . It found two classes of chemicals at 5 to 10 times higher concentrations than are typically found in homes.

The Michigan researchers tested windshield wipes and dust samples in more than 100 cars manufactured from 2000 to 2005 by 11 leading auto manufacturers for a category of chemicals described as semi-volatile (they may occur in air, but they readily stick to surfaces) and concluded that two major chemical classes, phthalates and polybrominated diphenylethers (PBDEs) showed up repeatedly.

Phthalates are plasticizers used in the manufacture of PVC or vinyl products like shower curtains and children's toys. In cars they are used in seat coverings, sealers, dashboards and trim. Phthalates can cause cognitive barriers to learning. Certain varieties are considered both reproductive and liver toxicants, as well as probable human carcinogens.

PDBEs are a class of fire retardants found in a wide variety of applications from foam upholstery materials to fabrics. PDBEs are hormone disruptors and both neurodevelopmental and liver toxicants. They are prevalent in the environment (water, breast milk and the food chain). They provoke concern because of their persistent bioaccumulative nature and because their toxicity increases with exposure to ultraviolet rays and heat. A car interior is the perfect incubator.

The Michigan study reported that PBDEs in its test cars were probably off-gassing from fabric, seats, wire sheathing, floor coverings and other plastic pieces.

The best indoor air quality in cars was found in Volvos. The Swedish carmaker says it has eliminated PBDEs. Honda and now Ford, spurred by Volvo's good example and by new regulations in Japan and Europe, say they will phase out both chemicals.

The Michigan study recommends that car manufacturers for the U.S. market find alternatives to these chemicals. For the consumer, the study encourages drivers to ventilate their cars, use a reflector shield and park in the shade to minimize the chemical effects from sun exposure.

There are thousands of airborne chemicals, but toxicity data are available for only a few of them. The state has conducted health hazard assessments for some chemicals based on long-term exposure. See www.oehha.ca.gov.

We think the airborne chemicals in my Prius are linked to PVC door panels, a large dash panel, foam seating and the "shade" roller trunk cover. Emissions from outside the car had been chiefly eliminated in the test, but we couldn't rule out other sources of contamination from the car's mechanical components.

The energy-saving efforts of Toyota and other progressive car manufacturers are praiseworthy, but carmakers have yet to catch up to the green building movement by designing cars that are environmentally friendly in other ways.

Europeans are more conscious of designing holistically: They minimize energy use out of economic necessity; they use resources effectively, and often are more mindful of indoor air pollutants (although they've been slow to ban smoking). Germany requires testing car materials for emissions of semi-volatile chemicals.

In this country, we know change is possible. From ceiling tiles to lipstick, some manufacturers are removing formaldehyde from their products. Some car manufacturers do their own indoor air testing, but the data are not available for public consumption. The building materials industry was in the same spot 10 years ago, but -- recognizing the public's interest in healthful living and spurred on by the U.S. Green Building Council -- it is more willing to share this information and offer consumers greener alternatives.

This all gives me hope that a green clean car may be right around the corner. Until then, I will drive around town with the fan on and windows down, and I will park in the shade.

Toluene: A solvent used in paints and gasoline that, in high-enough concentrations, can cause health problems ranging from nausea to kidney damage.

Xylenes: Solvents used in paints, dyes and gasoline that, in high-enough concentrations, can cause headaches and labored breathing, and, over many years, liver damage.

TXIB: A component of PVC that, in high-enough concentrations, can cause eye and nose irritation.

Butyl cellosolve: A solvent used in paints and lacquers that, in high-enough concentrations, can cause eye irritation, headaches and, eventually, liver damage.

Ethylhexanol: An alcohol used in plastics and paint that, in high-enough concentrations, can cause nose, eye and throat irritation, dizziness and diarrhea. 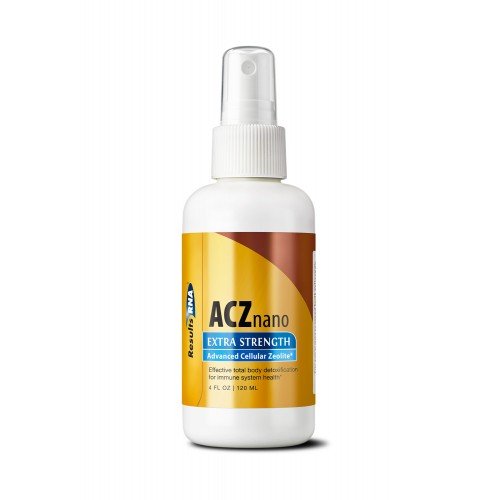