The Safest and Most Effective Solution for the Candidiasis

One of the most difficult organisms to diagnose and successfully treat is Candida albicans. C. albicans is a yeast that is considered part of the normal flora of the alimentary canal and is also, commonly found in the genitourinary system. By six months of age, 90% of infants test positive for Candida and almost all adults test positive. C. albicans is an opportunistic organism and exists in a competitive environment with other organisms to control its growth. This equilibrium in the gut and genitourinary tract can be disrupted by changes in the pH, high levels of simple sugars, hormone imbalance, antibiotic exposure that alters the make-up and quantity of the flora constituents and suppression of the immune system by toxins and drugs such as steroids. If this happens, overgrowth of Candida can occur and this organism can burrow through the walls of the intestine, enter the blood stream and make its way throughout the body. 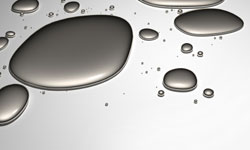 Candidemia and disseminated candidiasis are the most common causes of morbidity and mortality in hospitalized patients, especially in the ICU. A predisposed host is one who is on broad spectrum antibiotics, immunosuppressive drugs, parenteral nutrition and central venous catheters. Data was extracted from the Prospective Antifungal Therapy Alliance database and demonstrated the incidence of candidemia caused by C.albicans was 45.6% and 54.4% was caused by non- C. albicans species. The overall crude 12 week mortality was 35.2%. There are no pathognomonic signs or symptoms (Horn DL et al. 2009). The clinical clues are fever of unknown origin or signs of severe sepsis while on antibiotics, and multiple, non-tender, nodular erythematous cutaneous lesions. The evaluation of new antifungal agents and the precise role of prophylactic therapy are needed. (Singhi S. 2009, Perltroth J, et al 2007)

Due to the ubiquitous presence of Candida, diagnostic testing is of little help. There are a variety of tests that practitioners use to diagnose yeast overgrowth, that may include stool tests, blood tests, live blood cell tests, etc., but none of these tests are reliable. They may or may not detect an infection of Candidiasis. (Pappas PG 2004)

A successful treatment strategy includes killing the organism and correcting the underlying causes for Candida overgrowth and dissemination. Pharmaceutical anti-fungals agents can be grouped into three classes based on their site of action: azoles which inhibit the synthesis of ergosterol, a major constituent of the fungal cell membrane, are considered fungistatic; polyenes also interact with ergosterol and cause membrane leakage resulting in cell death and 5-fluorocytosine inhibits protein synthesis.

The good news is there is now a safe and effective solution
for the serious issue of candidiasis.

Nystatin is a polyene, oral anti-fungal used primarily for the treatment of oral candidiasis. It is not absorbed out of the gut and has few mild gastrointestinal side effects. Amphotericin B is a fungicidal polyene administered intravenously, which commonly can cause serious multi-organ damage and result in death. It is not frequently used since the development of the azole class of agents. This class has less side effects, ranging from mild nausea, vomiting and diarrhea, headache, dizziness and skin rash to severe blistering, bruising, jaundice and seizures. Side-effects for 5-fluorocytosine include bone marrow suppression, gastrointestinal, liver, kidney and central nervous system toxicity. Efficacy and safety issues and development of resistance limits the usefulness of all of these agents.

Historically, non-pharmaceutical approaches to killing or limiting the growth of Candida have not been well-researched. Thai and Ignacio (2005) demonstrated that grape seed extract had comparable fungistatic activity to Miconazole in suppressing C. albicans growth. They found that tea tree oil, probiotic supernatant and garlic showed no decrease in growth rates of C. albicans.

The good news is there is now a safe and effective solution for the serious issue of candidiasis. The average person in the US has between 400-800 potentially toxic, immunosuppressive, carcinogenic, endocrine-disrupting, and gene-damaging chemicals stored his cells and is therefore at risk for candidiasis. Mercury, lead, cadmium, arsenic, pesticides, insecticides, dioxins, furans, phthalates, VOCs, and PCBs are just some of the foreign substances that have created an excessive toxic body burden of harmful chemicals.

Of all the toxins, mercury is the most destructive to the neurological, immune and endocrine systems. It is a deadly mutagen causing DNA damage. Mercury contributes to or causes many illnesses including autism, autoimmune diseases, Alzheimer’s disease, cancers, heart disease, endocrine problems, and neurological and behavioral disorders. Murray and Kidby (1975) demonstrated that Mercury is incorporated into the cell wall of yeast. This is the key to the toxic effects of candidiasis and the basis of the Herxheimer reaction. Mercury being released from dying cells is extremely toxic to surrounding tissues. The list of symptoms associated with candidiasis is the same list of symptoms associated with mercury toxicity. It is impossible to cure candida overgrowth without removing the toxic burden of mercury. 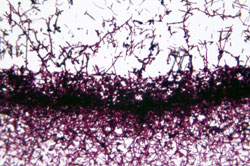 Candida Albicans Yeast
Prior to the discovery of antibiotics, health practitioners used colloidal silver to safely and effective treat infections. In 1914 the medical journal Lancet reported phenomenal results from silver use stating it to be absolutely harmless, non-toxic to humans, and highly germicidal. In 1929, over 5 million prescriptions for silver-based products were issued in the United States alone. In fact, colloidal silver has been proven useful against all species of fungi, parasites, bacteria, protozoa, and viruses. Even to this day, properly formulated colloidal silver is still one of the most effective, safe, antimicrobials known to man with no risk of resistance developing.

ACS 200 Extra Strength represents a major advancement in medical-use silver technology and excels in both safety and efficacy. ACS 200 Extra Strength demonstrates a much broader pathogen kill spectrum than traditional prescription antibiotics, antifungal, or antiviral preparations. Far more advanced in both safety and efficacy than traditional colloidal silver, ACS 200 Extra Strength is a 200 ppm (parts per million) silver that has been proven capable of rapidly killing an enormous array of disease-causing organisms, literally oxidizing the cell wall of Gram-positive and Gram-negative bacteria, as well as viruses, fungi, parasites and spirochetes. Independent studies of ACS 200 demonstrate “complete kill” against Candida in less than 3 minutes. An FDA protocol oral toxicity independent study was conducted by Pacific BioLabs in Hercules, CA. Using mega doses of ACS 200, there were no toxic signs observed throughout the study.

Now that the Candida organisms are dead, how do we address the mercury that has been released? ACZ nano Extra Strength is a zeolite product that has many significant qualities which make it a superior choice over other detoxification or chelation methods, including other zeolite-based products. In urine challenge studies, ACZ nanoExtra Strength has been independently proven to increase urinary output of mercury, lead and other toxic metals by several thousand percent. It is interesting to note that extremely toxic mercury levels were recorded in the urine of patients while taking ACZ nano Extra Strength who had undetectable mercury levels in their baseline urine.

These results show just how difficult it is for the body to remove mercury and other toxins without an effective chelator present. Traditional chelating agents have significant limitations in safely removing mercury, lead, cadmium and arsenic. One drawback is that agents such EDTA have high affinity for essential nutrient minerals such as calcium and remove them simultaneously with toxins. If not carefully monitored, this removal of calcium can be quite dangerous and can cause rapid muscle weakness and potentially heart damage. With a weak bond, these chelating agents can “pull” out mercury from the tissues and then “drop” mercury into the bloodstream where it can redeposit in the brain or other vital organs. If this happens the patient’s condition is likely to worsen. ACZ nano Extra Strength irreversibly binds toxins and safely removes them through the urinary tract. This prevents Herxheimer reactions and prevents mercury from being recycled into other Candida cells.

Total Body Detox comprised of ACS 200 Extra Strength to safely and effectively kill Candida and ACZ nano Extra Strength to irreversibly bind and excrete the mercury and other toxins that are released, is the safest and most effective solution to the serious health threat of candidiasis.